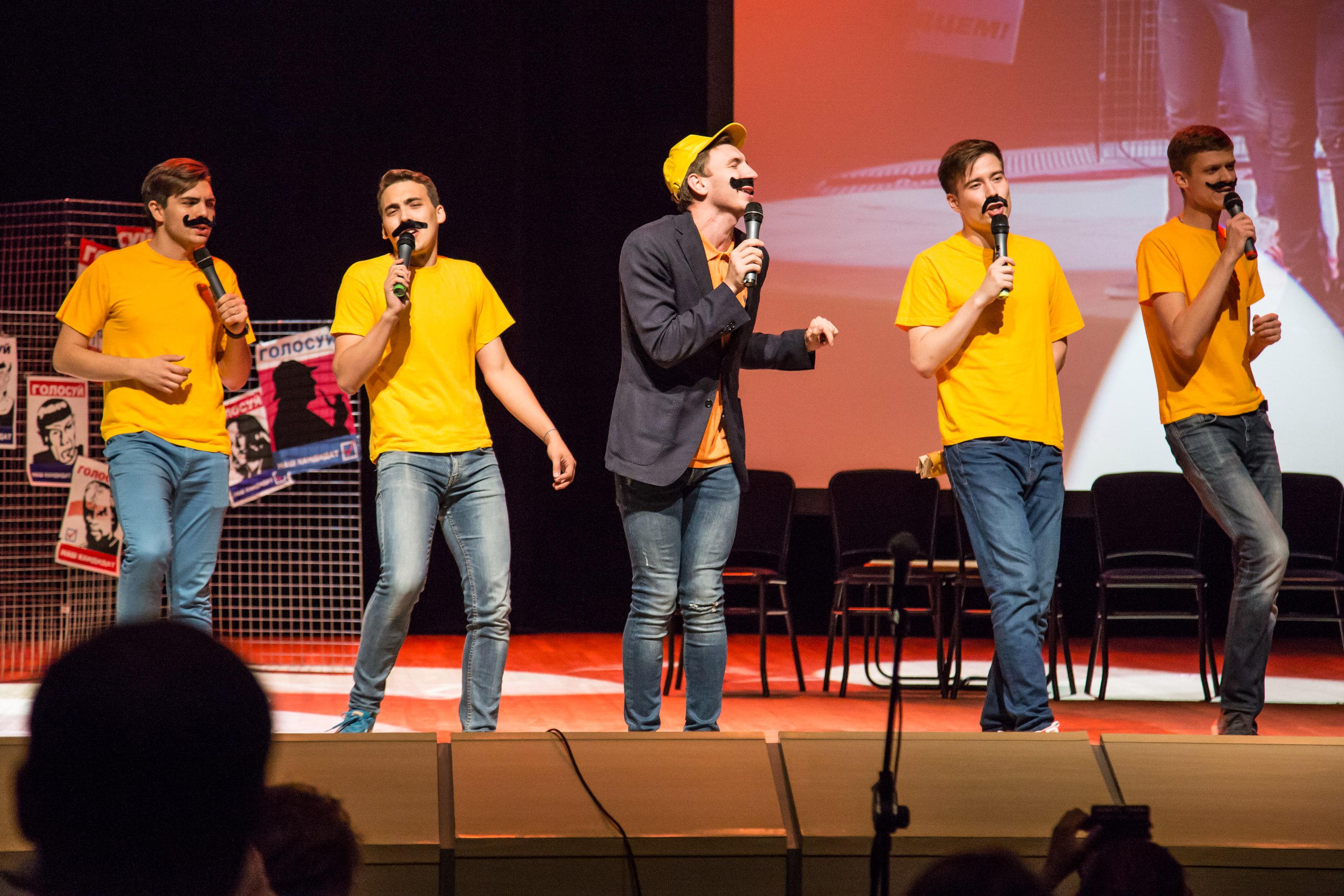 When: April 1, 2020
Where: Yunost – “Palace of Youth”
Type of event: Kaputsnik (Kapustnik is a traditional yearly student show featuring dances, sketches and songs with wit and humor.)

The Kapustnik of the “Divanov Brothers Office,” NSU’s only comedy show that takes place each year on the same date because it is the most suitable – Mathematics Day, and as it just so happens to be the same, April Fool’s day, that is on 1st of April.
All year round, KBRD works tirelessly to make its audience laugh at its new jokes. Members of the KBRD club are members of the NSU KVN team, residents of NSU Stand Up, three-time champions of the Highest KVN League, participants in the projects “Comedy Battle” and “Make the Comic Laugh”, producers of the TV program “News 2x2” and “The Big Question” directors of Comedy Club, scenarists of popular TV shows and serials “The Big Difference”, “South Butovo” and “To me Mukhtar!” Kapustnik is not only open to students and lecturers, NSU alumni,  former members of the Club, their friends, and anyone who wants to have a good laugh can join the Kapustnik.

Organizers: The Divanov Brothers Office (KBRD) – the comedy club of the Department of Mathematics and Mechanics at NSU.

How to participate: in order to become one of the Divanov Bothers and appear before the footlights during the Kapustnik, you should be a positive person and come to trainings every Monday, Wednesday and Friday, rehearse and not only participate in Kapustnik, but also in other interesting project.

Admission: By tickets. You can purchase your tickets in the NSU hall, at the cashiers of the Palace of Youth «Yunost», you can also book your tickets by phone – 292-99-96.
Follow us
Contacts: +7 (383)292-99-96, president of the Comedy Club Ilya Abramov, ilia.abramov95@gmail.com, Nikita Savin, Eugene Timonin, Sergei Schneider