An online workshop on algebraic graph theory was held at NSU

Ask a question
The Mathematical Center in Akademgorodok held the third workshop on algebraic graph theory and its applications.

Such famous scientists as Eichi Bannai and Tatsuro Ito (Japan), authors of books on algebraic combinatorics, as well as Willem Hemers (Holland), author of a recent book on graph spectra, were listeners and speakers at the conference this year. The conference was also attended by editors of many mathematical journals, in particular, Akihiro Munemasa (Japan), Edwin van Dam (Holland), Peter Cameron (Great Britain), Jack Koolen (China).

26 reports were made, 9 of them — by Russian scientists. The majority of the talks were devoted to new results, but also review talks were made by invited guests. In particular, undergraduate and graduate students who took part in the first MCA workshop were invited to present mathematical results obtained this summer, as well as one of the six winners of MCA postdocs competition, a talented mathematician from Great Britain, Rhys Evans.

The organizer of the event Elena Konstantinova, a leading researcher at MCA, says:

Algebraic graph theory and related areas of mathematics are rapidly developing today. It is not surprising that MCA actively supports this research area. By the time the MCA was created, we had very strong scientific ties with colleagues both from Russia (St. Petersburg, Yekaterinburg, Chelyabinsk) and from foreign countries. The first event organized within the framework of the Mathematical center was the youth school-conference "Contemporary Trends in Algebraic Graph Theory", which took place in early November 2019. In March 2020, before the announcement of quarantine measures, we held another offline event. Now, following the advice of the Venetians "to turn disadvantages into advantages", we switched the workshop to an online conference format and invited the entire world elite of algebraic graph theory and algebraic combinatorics to take part in it. The success of this workshop allows us to say without exaggeration that modern research in the field of algebraic graph theory and algebraic combinatorics in Akademgorodok is at the highest international level. 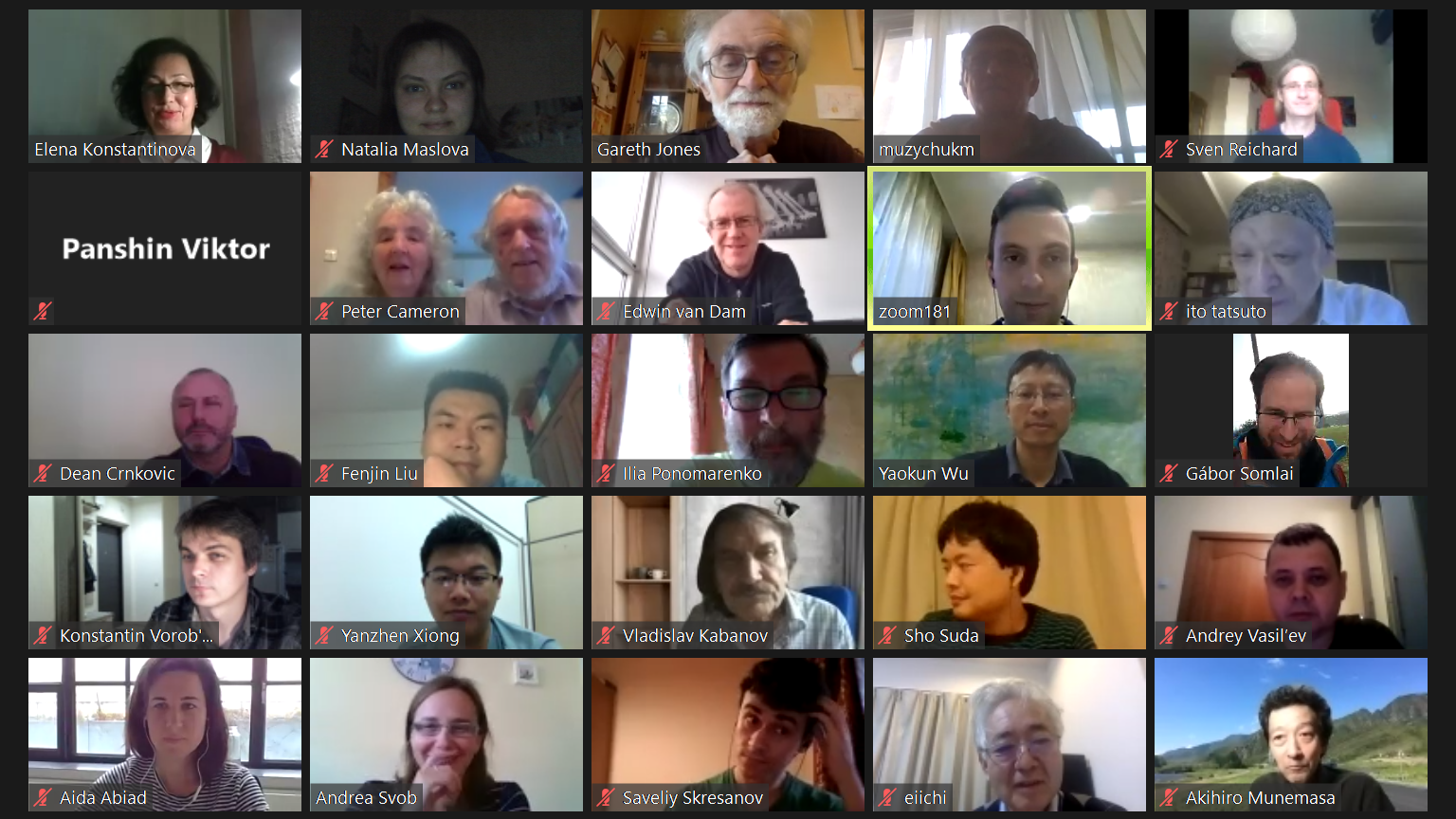