The second semester of NSU Engineering school has ended

Ask a question
The first year of NSU Engineering school has successfully ended. Nobody can sincerely say that it was an easy year: new courses, complicated material, transition to studying fr om home and much more. It was especially hard for three students who transferred to the Engineering school just in February.

Danil Sakharov, who has successfully passed these semester's exams and had been one of the three students who transferred, comments the studying:

I reckon that there were a couple of things that let me achieve good results. Firstly, when I have transferred to the Engineering school, I had a great motivational boost — everything was new and much more interesting than on the primary course [of Mathematics and mechanics department]. I understood that I finally study subjects in such a way that would be useful for me in my future (more applied approach etc.). I really enjoy studying, even when I had been in my previous group, however, now everything is even cooler. Secondly, I have to mention the whole environment. When you are constantly around your friends that are also motivated and work really hard, you, one way or another, also start to do your best, it really makes a difference. At some hard moments they are also ready to help. Thirdly, studying fr om home means more time and more strength.
I think that the combination of these three aspects have let me achieve my goal for this semester.

Everyone had to cope with studying from home. Some got over the transition quite easily, others had to build up tough self-discipline.

Ekaterina Timofeeva recalls with a smile on her face:

It's really hard to concentrate on online lectures — once I even fell asleep. I was late a couple of times but haven't skipped a single one of them. One time I slapped myself, looked back — and have never skipped since. Another problem is to organize your schedule while living in a dormitory, so that you have enough time for studying, relaxing, extracurricular activities, friends and events from the Engineering school. Once again, it is complicated but possible.

Now I have understood that even with exceptional knowledge you have to know how to use it. That is why it is vital not to just know every single thing, but to be capable of quickly closing your «blind spots». In other words, you have to know how to come up with tools you need, having a basic knowledge in your head. Often such approach takes more time, but if the information is properly structured, it will be much easier to sort it out. At this moment I recall the NSU motto «we will teach you how to think» and right now I am getting this full understanding of what does it mean to «think».

One of the core features of this program is diving in project development from the first year.

Timur Garipov, a participant of the project «Automation of 3D-printing», recalls:

It is also important to tell her about the Basics of project development. When these winter we got the timetable for our next semester, I thought that itwould be one of the easiest subjects, but I have never been so wrong before. We have met so many times to come up with a project, to do the presentation, to rewrite the regulations paper etc. It was so hard! We have gathered on consultations with Anastasiya Valeryevna in Zoom in order to discuss our regulations so many times. However, of course, it was all worth it. At the end, on June 4 on our project presentation the commission approved our project and we got funds to bring it to life. Also, as part of the Basics of project development, I should mention the game SimulTrain. It was very nice to participate in a testing of a game with teachers and administrative personnel, it was a useful and really interesting experience. Even more interesting was to participate on the other side of this game — to be the observer of other groups which were playing SimulTrain. Obviously, it was morally and physically hard, but it was also worth it.

A new and a very useful and important subject — the Basics of project development. It enabled us not just to solve professional tasks in the future, but also not to be afraid of bringing new abstract ideas to life, as we will understand specific steps of its realization. Moreover, this subject helped me get answers to intuitively confusing questions. Our group, wh ere I have been chosen to be the leader, had a few problems during the creation of our project. Of course, we communicated a lot during the creation of our common project and solved lots of questions that appeared during its realization. We were learning to work as a team but my lack of experience as a group leader, and inability to strictly distribute the duties didn’t let us make a flawless project. Furthermore, I understood that every group member not only had to perfectly understand the structure of his/her subproject (which didn’t always take place), but also had to know how to get his ideas through to the rest of the group and the audience.

One of the projects that worked on in the framework of the Basics of project development was the project "Positioning of the Engineering school". Its team launched an Instagram account https://www.instagram.com/engineering_school_nsu/.

Saying that we had to work way harder than we planned is a serious understatement. We had to quickly learn all the features of this social network. For example, I would not even think that Instagram has "magical spacebars" and a lim it on the number of symbols in a single post! One of the main problems has always been the lack of content. We do not always get support from all the students of the Engineering school, however, those who are actually helping do really great work! If there were just four of us, it would've been insanely hard to keep this project afloat. In the nearest future we are planning on increasing the number of our subscribers up to hundred and release all the remaining parts of FAQ, so that the old cliché questions of future Engineering school applicants gradually disappear and new ones — appear.

Students of the Engineering school perfect their group skills both in studying and extracurricular activities.

The second semester was far more interesting in terms of extracurricular activities. At first it was the organization of events and celebrations that gave me use for experience as I had never tried this before. Coming up with a script, thinking of people’s reaction, all the minor things, the design, good budget planning — I have worked on all of these skills when my team and I were planning various events.

After the exam students of the Engineering school shared their plans on the summer, among which there are not only learning of various languages, both natural and programming, but also participation in the First workshop of Mathematical center in Akademgorodok. Two thirds of the engineers decided to try themselves in projects of the workshop, all of which are working on interdisciplinary problems. I am particularly happy that their work in the first module was highly rated by the project leaders. 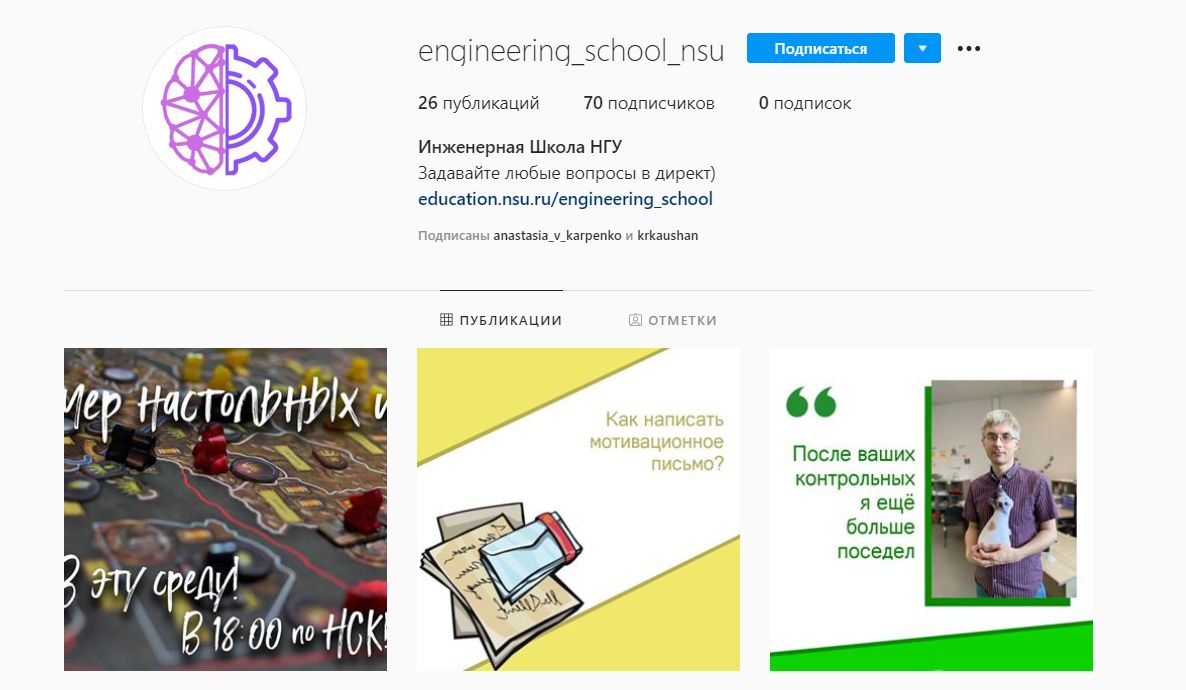 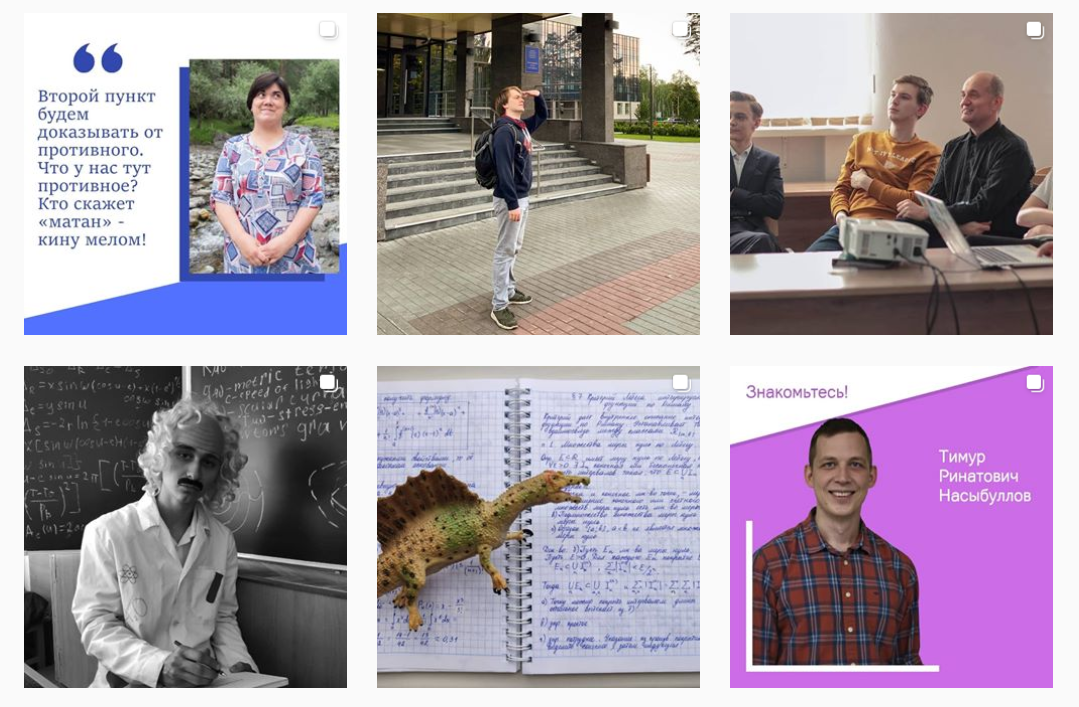