Back to NSU for anyone who loves NSU

Back to NSU Day invited everyone to become a student at Novosibirsk State University. Graduates, high school students who are interested in applying, their parents, anyone was invited to come and join current students attending real lectures given by NSU professors. This was the second year the Back to NSU action, that was designed to primarily attract nostalgic graduates of the University, was held. 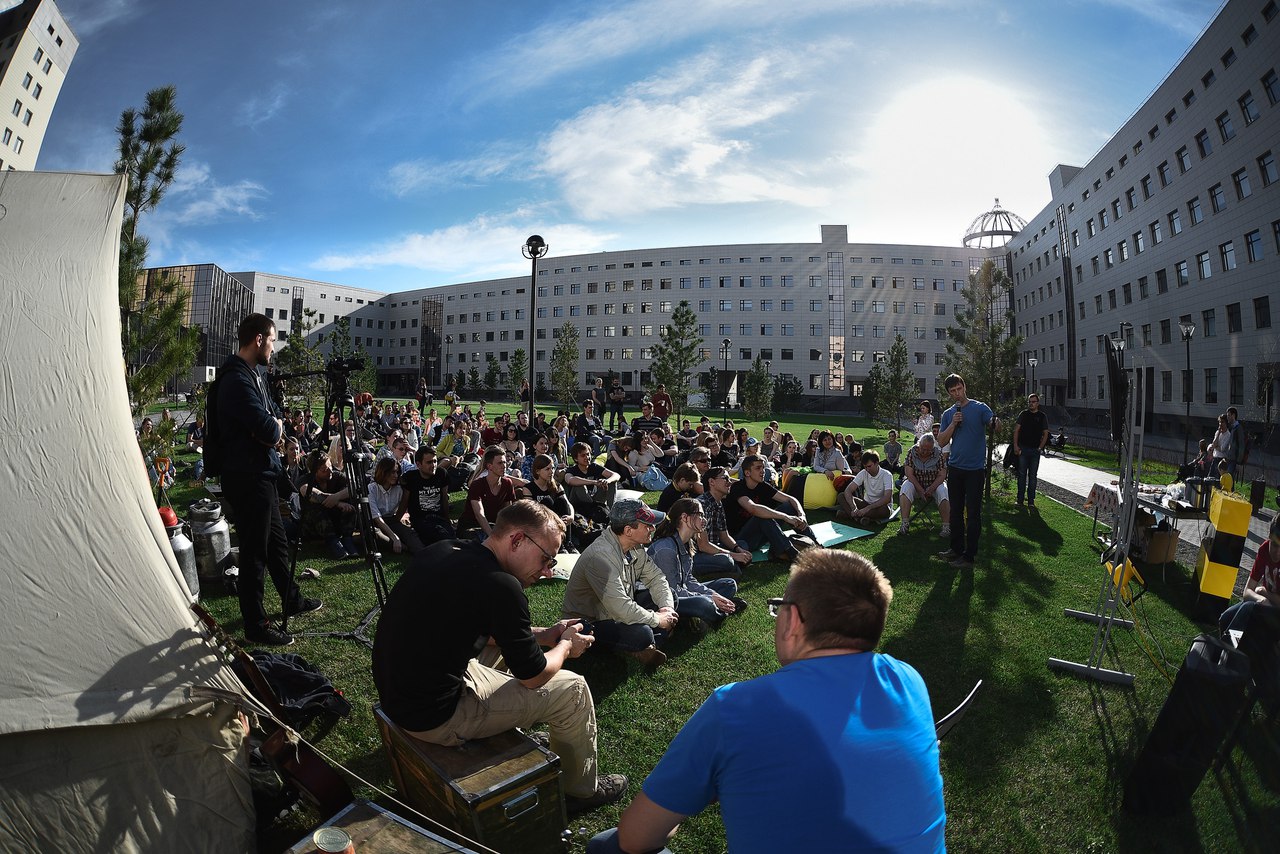 “Lectures conducted during the Back to NSU action are not specially organized, these are real classes being conducted as part of current student courses. Visitors could attend lectures on organic and inorganic chemistry, evolutionary teaching, on Old Russian literature, and political science. We tried to present the maximum range of scientific disciplines available at NSU so that everyone could find something they were interested in,” said Alisa Ivanenko, one of the action organizers.

Alexander Pilipenko Biological Sciences PhD read an open lecture on the resettlement of modern man on the planet, which included presenting the concept of races and late migration. The lecture was held within the framework of his "Evolutionary Teaching" course for biology students.  Pilipenko reflected on the event, “This time I modified my lecture to make it more understandable for untrained listeners. These lectures are a very good opportunity for many graduates of Novosibirsk State University who want to experience the educational process again  and remember what it was like. Some participants want to listen to their own teachers, others want to learn something new.”

Marina Nesterova who has a PhD in Archeology and graduated six years ago fr om the NSU Humanities Department explained, "I attended the Alexander Pilipenko lecture to remember how it was, to walk along the corridors of the University, to sit in the classroom and be nostalgic.”

Associate Professor of the Department of General History at the NSU Humanitarian Institute Sergey Kulikov conducted a lectured on political science,
“My lecture was devoted to the functioning of democracy in its various forms from liberal to imitation. I familiarized the class with the problems associated with the development of democracy, including those facing the US and EU countries. I'm trying to convey to the listeners the idea that democracy should always be protected, we should cherish it like a gardener takes care of his plants. This lecture is prepared for 3rd year students. I don’t think we should be afraid of holding open lectures and inviting people of different ages. Perhaps for high school students interested in applying to the University it is easier to understand natural sciences such as mathematics and physics. The people who attended my lecture were oriented towards the humanities, therefore, they had read something about this topic and were interested in it.”

Daniel Repp, a 10th grade pupil from school №26 in Ob City visited all the open lectures to help him decide wh ere he should apply, “I am very glad that in addition to Open Door Day there are events like this. Here you can be plunged into real academic lectures and feel what it is like to be a student. For me, NSU is the highest bar and I really hope I will successfully pass the Unified State Exam so I can enter”. 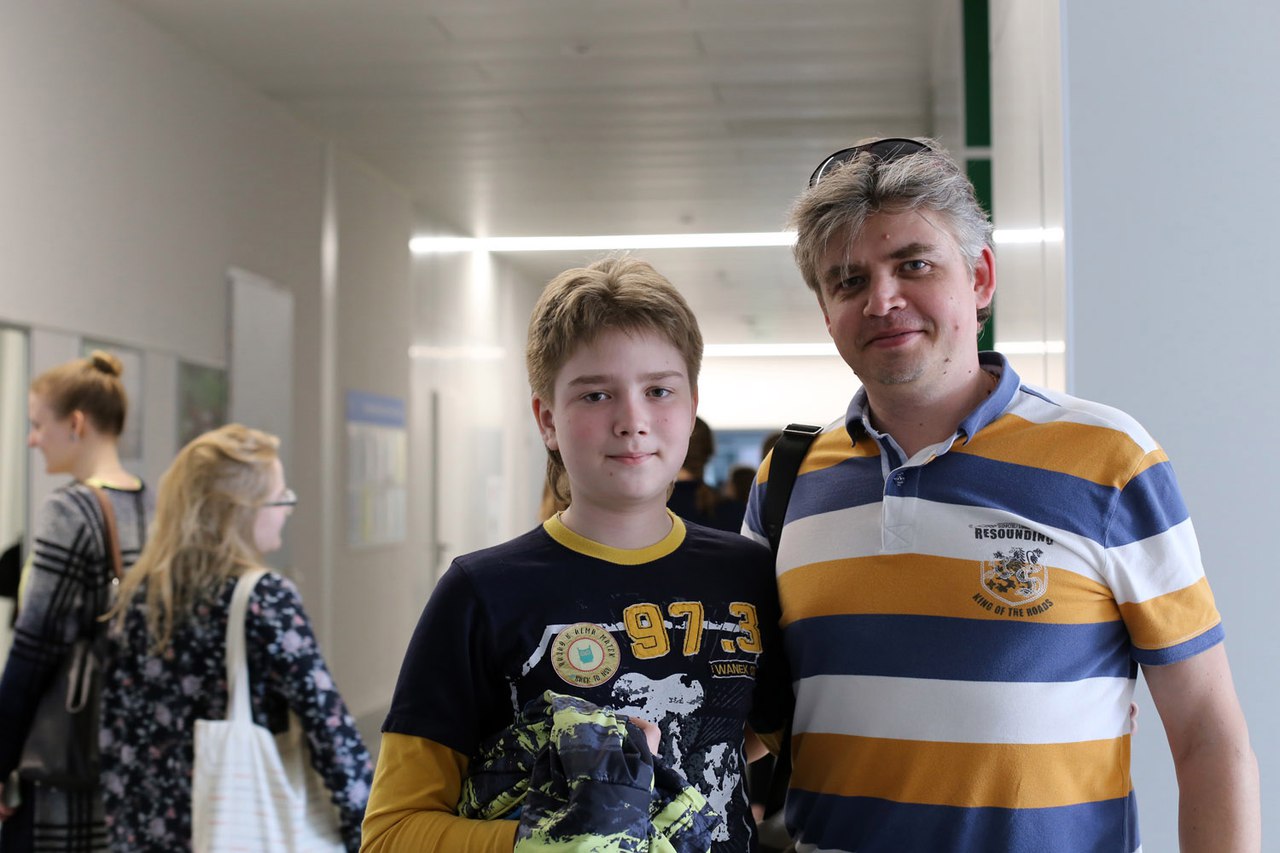 A graduate of the NSU Mathematics and Mechanics Faculty Maxim Seregin came with his son who is currently in school but plans to study at NSU, “I
brought my son so that he could have a little bit of an idea what studying at the University is like.  We went to lectures on evolution and mathematics before attending a lecture on ancient Russian literature. I hope this will help him decide which department to enter.”

The lecture by Elena Dergacheva-Skop, Doctor of Philology, Professor and Head of the Department of Ancient Literature and Literary Source Studies Humanities Institute NSU, was attended not only by graduates and students but employees at the Department of Rare Books at the State Scientific and Technical Library. Head of the Library Department Andrei Borodikhin, described their motivation for attending, “We came to this lecture to listen to Elena Ivanovna. Elena Ivanovna is a legend at NSU! She is the person who organized the archaeographic work at NSU as well as the State Scientific and Technical Library. She is not only a talented scientist, but also an organizer. We are all her students here and, of course there are many more.”

"I'm very supportive of the Back to NSU initiative. I am pleased to meet with my former students and I think it's a good way to outreach to a broader audience. I saw there were people at the lecture who had obviously never been engaged in this work. The dynamic history of literature is an internal discovery that we are proud of, and teach with great pleasure,” said Elena Dergacheva-Skop. 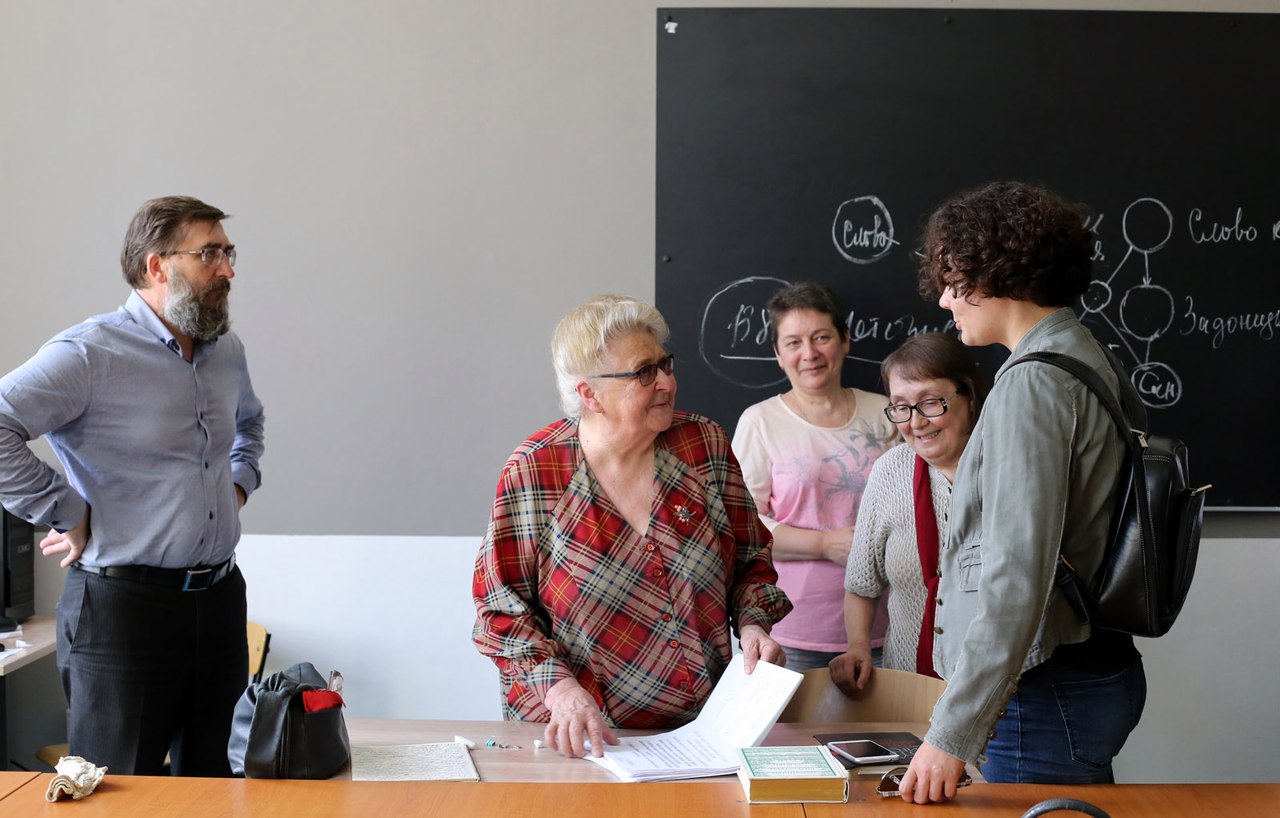 In the evening, in the courtyard of the new University building a more informal and spiritual atmosphere was created for the second part of the action when a geology lecture was held outside. Four experts, teachers of the NSU Geology and Geophysics Faculty lectured not only about the changing face of the Earth, but also shared stories from expeditions with listeners sitting on the grass or their bikes. People of all ages were gathered, some with friends and classmates, others with their families.