The final of the VIII All-Russian "Chinese is the Bridge" Competition took place at the end of April with the support of the S.A. Yesenin Confucius Institute. Seven Russian university teams with five people each participated. Valentin Tyavin, a student at the NSU Institute of Humanities came in fifth among the 35 participants winning him a year-long internship at a leading Chinese university.

The competition consisted of four stages. During the first stage, contestants prepared a presentation in Chinese on the theme “One World - One Family”. The jury assessed their knowledge of Chinese, pronunciation, and artistry. Twenty students were chosen to move on to the next stage. At the second stage, participants had to speak impromptu on a topic assigned to them with only 30 seconds to prepare for their performance. Half of the participants were eliminated and the rest moved on to compete in the final creative competitions. The final five students in the last stage answered questions about culture, politics, and language. 3rd year Humanities Institute student Valentin Tyavin was in the top five. 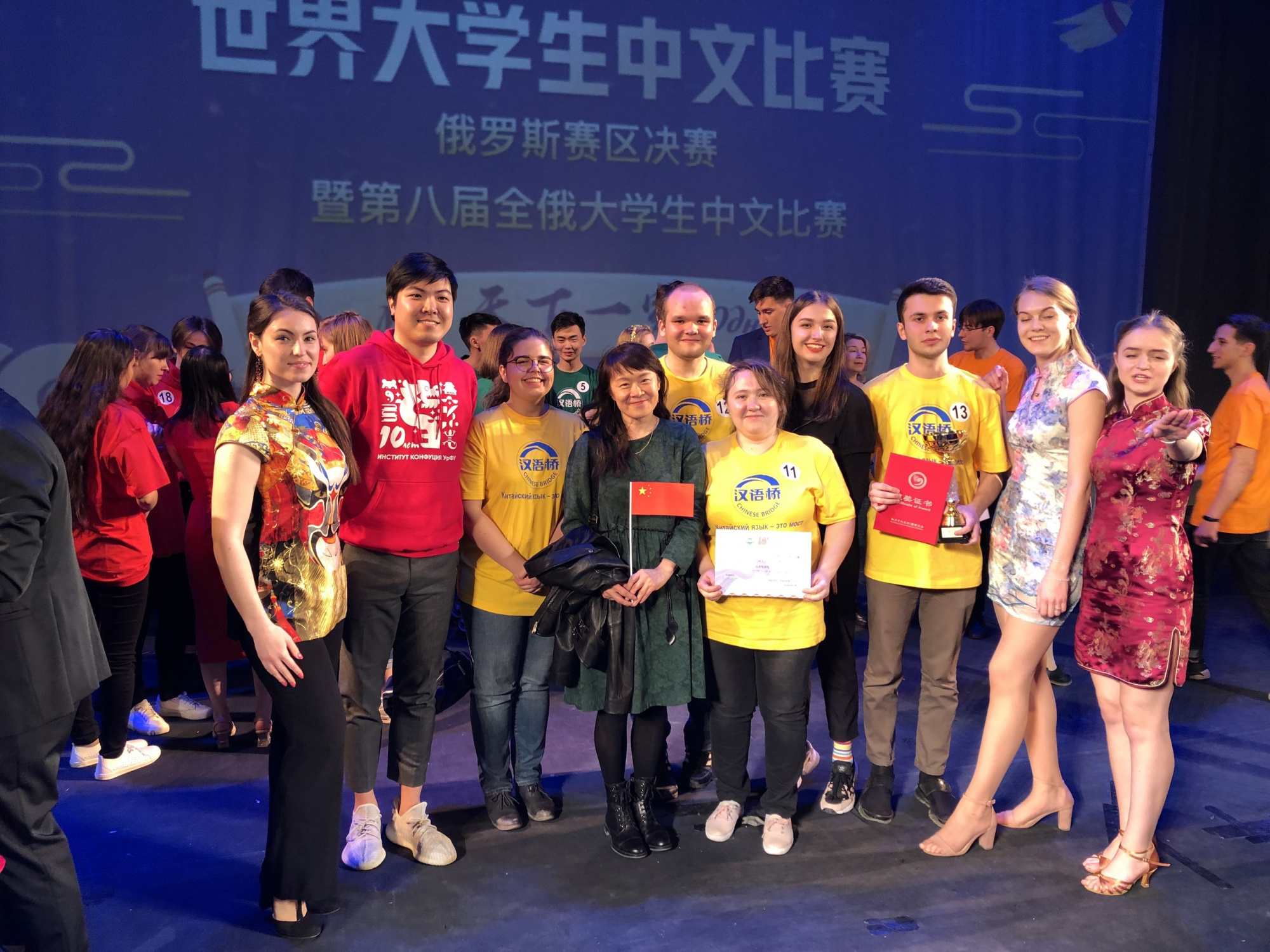 Tyavin shared his impressions of the competition,

This was the second time I participated in the competition. This is quite a difficult test. Preparation took place in several stages that included team rehearsals on Skype because my teammates were from different cities, preparing creative performances and analyzing issues with Chinese teachers, and writing minute monologues on themes that were announced one and a half to two weeks before the competition. I want to express special thanks to NSU lecturers Wang Zhongjun, Yao Sun, and Du Yingin. Without their help, I could not have achieved such a good result. I had only positive feelings when it was all over. In addition to the main event, there were excursions and a chance to meet new people. I became friends with many people so it was hard to say goodbye when it was over.

In addition to the internship at a Chinese university, Tyavinn was invited to take part in the XVII World Student Competition "Khanyu Qiao" in China.

From October 13 to 21, the 6th annual International Cryptography Olympiad NSUCRYPTO-2019 (Non Stop University Crypto) was held in Akademgorodok. Participants from 16 countries were awarded prizes and diplomas including winners and finalists from Akademgorodok and Novosibirsk. The official language of the NSUCRYPTO Olympics was English and included individual and team competitions.