A group of scientists from the Novosibirsk State University, Novosibirsk Institute of Organic Chemistry (NIOC), Moscow State University and the University of Groningen (the Netherlands) published the results of multidisciplinary research in the field of organic electronics. Specialists were the first in the world, who grew single crystals from the solution of furan-phenylene co-oligomers having the semiconductor and luminescent properties, and found that the photoluminescence quantum yield for them is more than 65%. Such compounds may be used for the production of organic light-emitting transistors and flexible electronic devices. 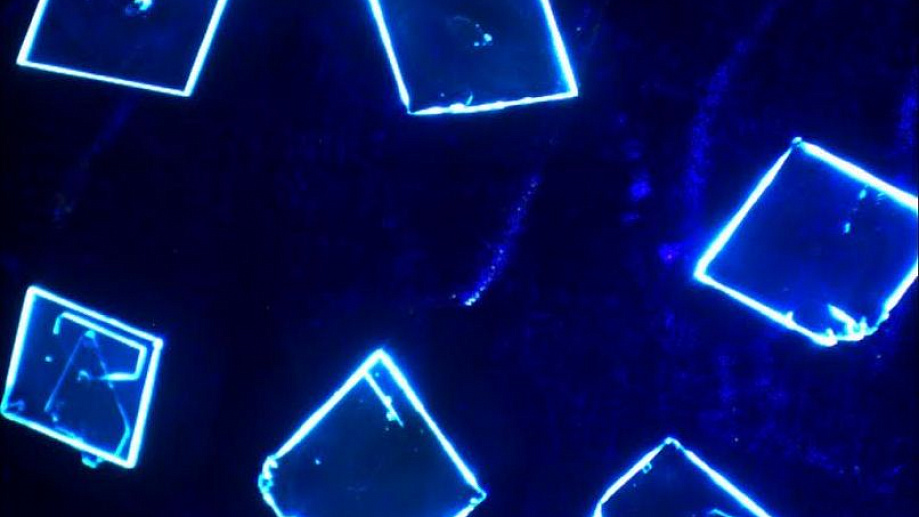 Researchers have obtained organic semiconductor material based on a furan-co-phenylene oligomer with a quantum yield of photoluminescence greater than 65%, which can be used to create organic light emitting transistors and flexible electronic devices.

The article «Highly-Emissive Solution-Grown Furan / Phenylene Co-Oligomer Single Crystals» was published in the September issue of the journal RSC Advances (IF = 3,289).

As the first author of the article, the laboratory of chemistry of free radicals NSU employee GROM Institute of Organic Chemistry SB RAS Maxim Kazantsev says, organic semiconductor materials comparing to crystalline silicon (most common inorganic semiconductors used in electronics) have a number of advantages, among them are - the lightness, the variability of properties , flexibility, translucence and inexpensive production:

— We strive to simplify the device fabrication process. Inorganic semiconductors are manufactured using complex technologies that require high-temperature vacuum. Organic materials can be applied with more cheap and simple ways, for example, we can print semiconductor layer on the printer, spray it or use different self-assembly processes. The unique properties of materials can contribute to the creation of new devices, such as a flexible display that can be folded or rolled into a tube and put it in the pocket. This would greatly simplify our life in some cases.

A group of scientists from the Institute of Organic Chemistry and NSU is the process of making organic materials that are not only good semiconductors but also have interesting optical properties, for example, they can emit light.

According to Maxim Kazantsev, the task to combine the semiconductor and light-emitting properties - is not quite trivial:

— In displays, each pixel is a LED, which is controlled by one transistor. We can combine in one device functions of control, as well as light emission. Moreover, such devices, compared with conventional LEDs are more energy efficient and could potentially be used for creating organic electrically pumped lasers - explains Maxim Kazantsev.

Due to the threat of the spread of COVID-19, from September 1, 2020, NSU students are studying in a distance or mixed format. Foreign students outside the Russian Federation study remotely.

NSU Mechanics and Mathematics Department Freshmen, Mikhail Tyutulnikov and Konstantin Nosorev, have developed an application that will automate the registration of student classroom attendance. Using a mobile device with an NFC module, the application is connected to student ID cards. The teacher installs the application that will respond to the touch of the student ID and send a list of those present to the teacher’s personal account on a website.