The 54th International Mendeleev Chemistry Olympiad for high school students took place in mid-July.  Hosted by the Lomonosov Moscow State University Chemistry Department, it was the first to be held remotely with 130 students from 27 CIS countries, the Baltic States and South-Eastern Europe, participating.  Stepan Epifantsev, a 10th grade student at SESC NSU, was a gold medalist.

The Olympiad consisted of two theoretical rounds. The first round had eight problems, each with a maximum score of 10 points. The second round, "Tour by Choice", consisted of five sections, each had three problems from which participants chose one to solve. The maximum score for a problem was 15 points.

According to Epifantsev, the home environment is not conducive to solving problems so it was more difficult to concentrate in the remote Olympiad.  The Olympiad used remote proctoring to monitor the testing.  Participants work was observed through two cameras, one was on the monitor and the other on the desk.

Epifantsev explained, “I love all the natural science subjects, mathematics, physics, chemistry, biology that is why I choose to study at the SESC NSU.  However, my Olympiad life is dedicated to chemistry”.

According to Svetlana Baram, Head of the SESC NSU Chemistry Department, chemistry teachers were proud of Epifantsev’s victory,

Stepan’s victory in this Olympiad is a credit to him personally. He is a persistent, results oriented student. Our students have won the Mendeleev Olympiad before, but not for a long time. In addition to chemistry, Stepan is fond of physics. He had a choice between the Olympiad in Physics and the Olympiad in Chemistry. I am glad he chose chemistry. Next year, Japan will host the International Chemistry Olympiad, and we hope that Stepan will participate.

Epifantsev was also prize-winner in the 2019 All-Russian Olympiad in Chemistry and in 2018 he participated in the final stage of the J.C. Maxwell Physics Olympiad. 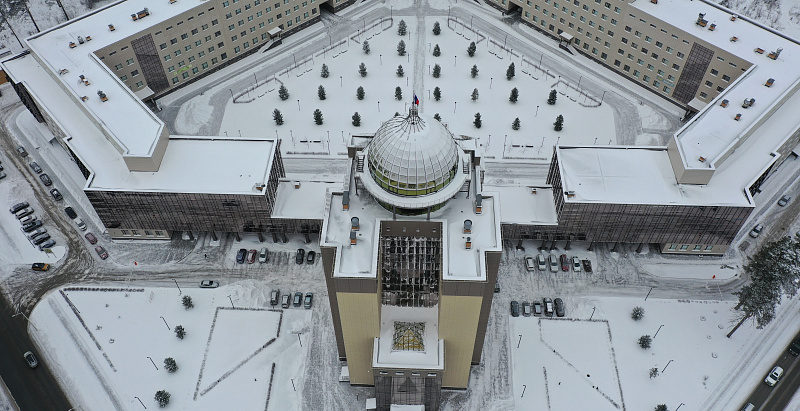