NSURBANIA: "Feel the washers, feel the grooves - it's all for you"

Last weekend, the annual NSURBANIA youth culture festival was held at Novosibirsk State University. More than fifteen activities including master classes, dance battles, street food and creative collectives helped bring a hip street atmosphere to the courtyard of the new building. This was the fourth-time students and residents of Akademgorodok and Novosibirsk gathered together for this Festival. 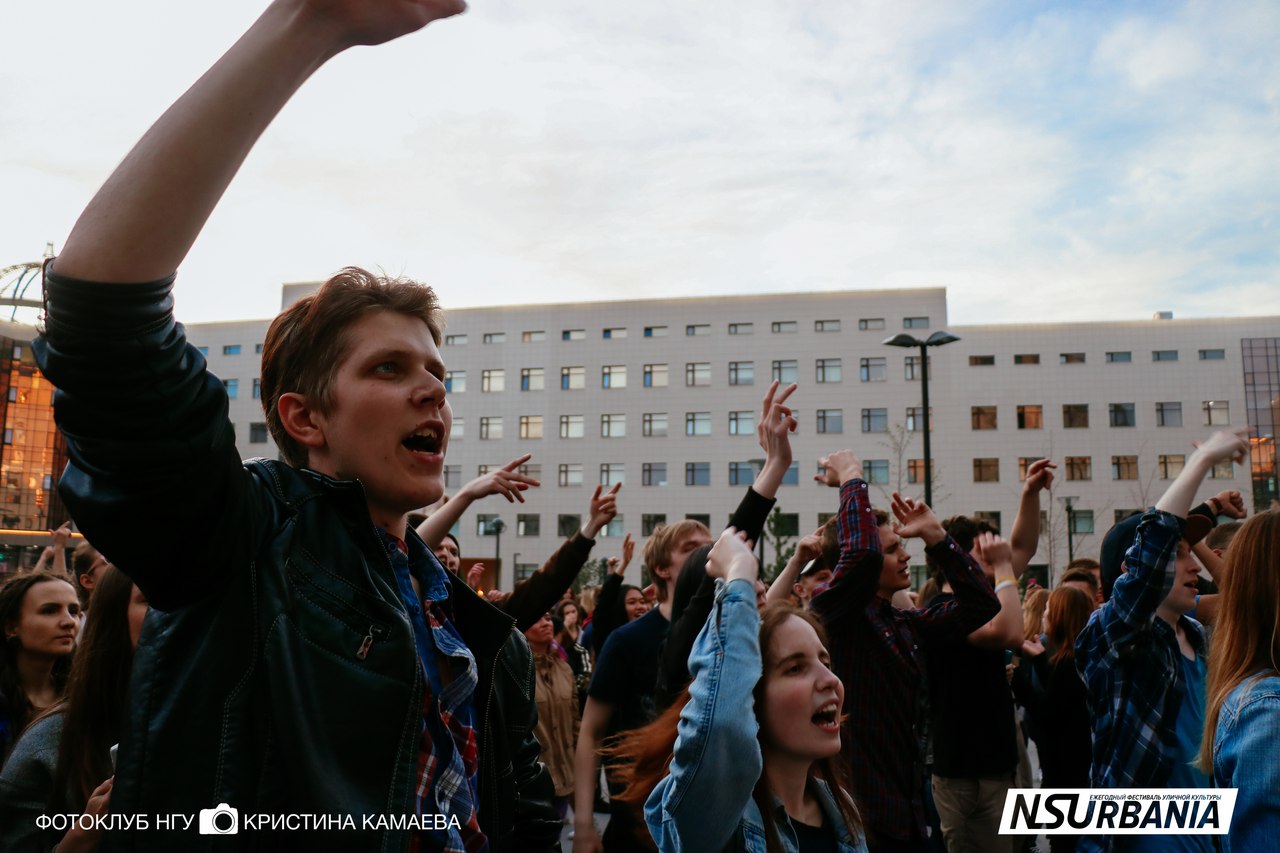 This year the event featured the slogan "Movement is life" and even the rain couldn’t dampen the spirit of the 6,000 people who took part. One of the organizers and Director of the NSU Center for Non-Educational Extracurricular activities Anita Golubeva, noted that the event has already become an Akademgorodok tradition, “We are very pleased that the University once again provides an opportunity for young people to be engaged in their interests and activities that promote healthy lifestyles. It's great that they play sports, dance, and sing. It's just perfect! I think this has already become a tradition at the University, let's hope it will continue to live on.” 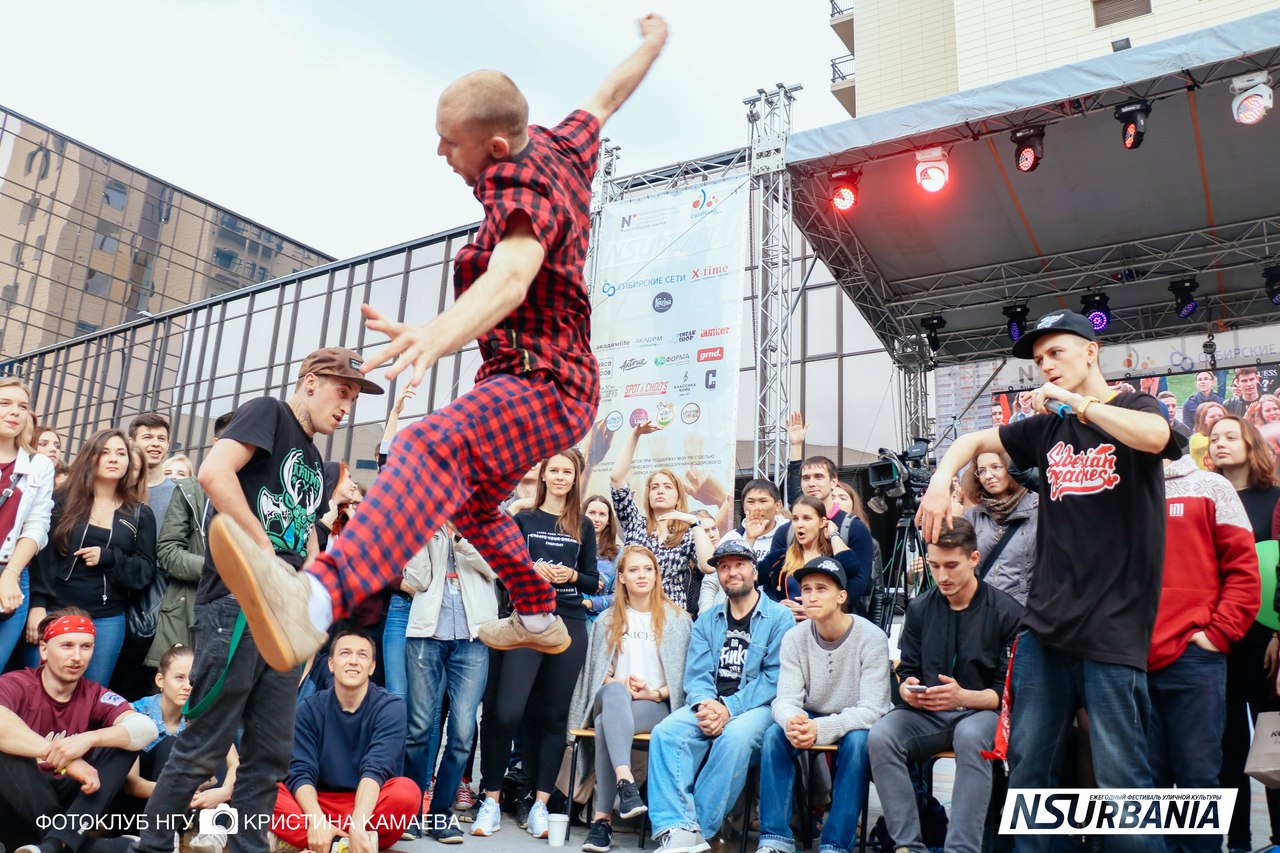 It's no wonder that the festival attracts thousands of young people fr om year to year because there is something for everyone to do. There are tents with divans under a huge guitar while nearby people dressed as inflatable balls play bumperball.

“Do whatever you want! If you want, play bumperball, even more people come to play Twister. Stay on a balance board, listen to the music, take a picture with the guitar or just relax,” suggested Vladimir. He is a representative of the "MAX-BUS" space that was one of the noisiest and brightest at the event. 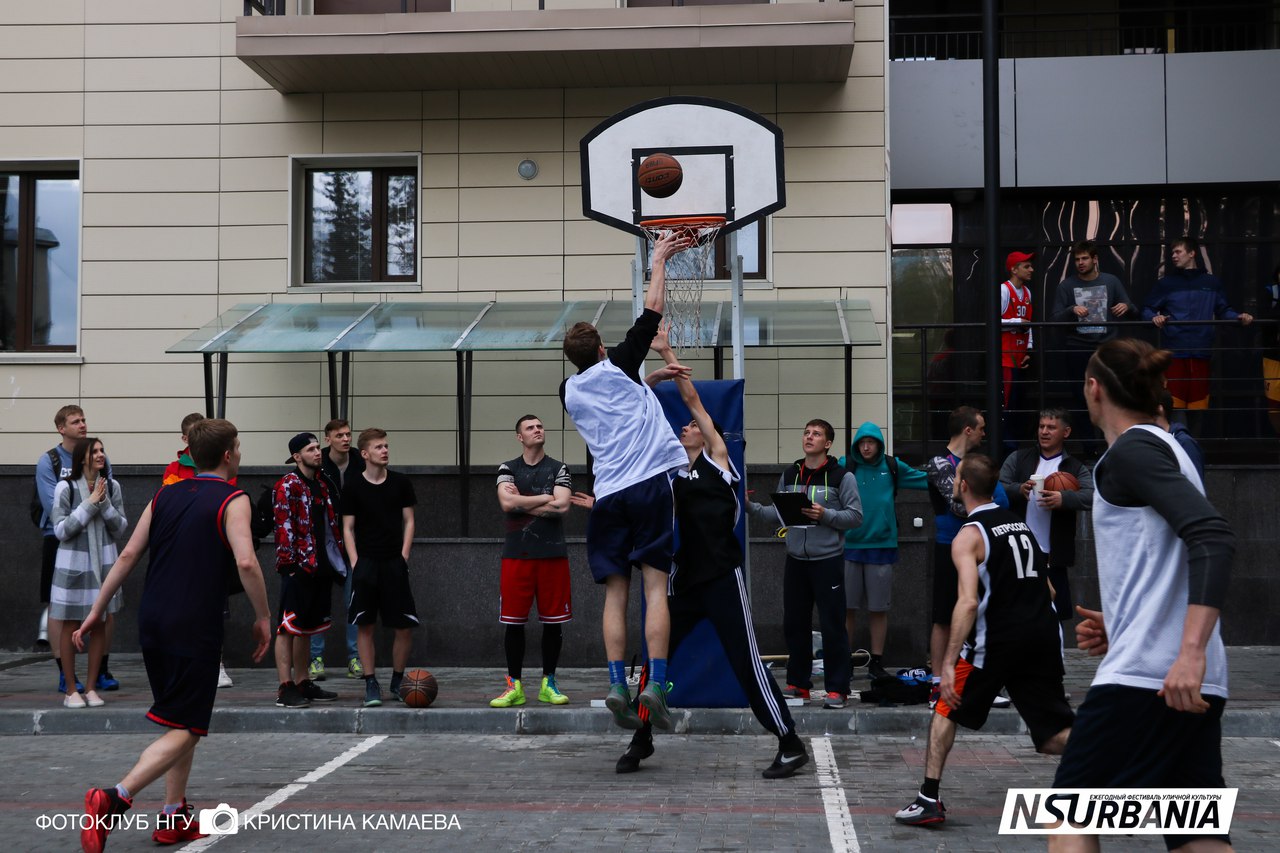 Festival visitors could relax with an Xbox or look at virtual reality through VR-glasses at the “Siberian Networks" Internet provider booth. There you could get a television box for taking a selfie with friends. The Internet provider was not the only business offering prizes for pictures.  "X-time" promised a lucky winner a new watch, and for the first time organized a site for girls to do an express makeover in their tent.

Another not to be missed activity was the training hosted by fit guys from the CROSSFIT booth.  Neophytes could warm up on the lawn and watch professionals exercise.  A skate park opened in the morning for fans who wanted to test their nerves. It was possible to watch extreme sportspeople on rollers, BMX and skateboards flying up under the University windows.

The second half of the Festival featured an audience favorite, ALL STYLE DANCE BATTLE. This year, children from Novosibirsk City and the Region were judged by a participant on the TNT “Dances” Polina Dubkova, the Head of the "Top Dance School" Spartak Manyanov and a representative from "Sibbear Dance Family" Maxim Maximov.

It turned out that spectators could also take part in the Dance Battle. Lead MC Loki taught the crowd how to properly support and move their chest to the beat. First-year student at the NSU Mechanics and Mathematics Faculty Sergey shared his impressions, “This was my first time at such an event, so for me everything was new. I did not really understand the Battles, but I liked them. It was cool, there was real conflict between the dancers when they collided nose to nose. Plus, the host warmed up the crowd. Not only the participants danced, but people who were just standing around watching. There were a lot of people moving, even a little girl came out of the crowd and everyone supported her. It is this kind of moment you really feel the friendly atmosphere at Nsurbania. Crowd support clearly did not go unnoticed when the judges announced  Catherine Fistalika was the winner.” 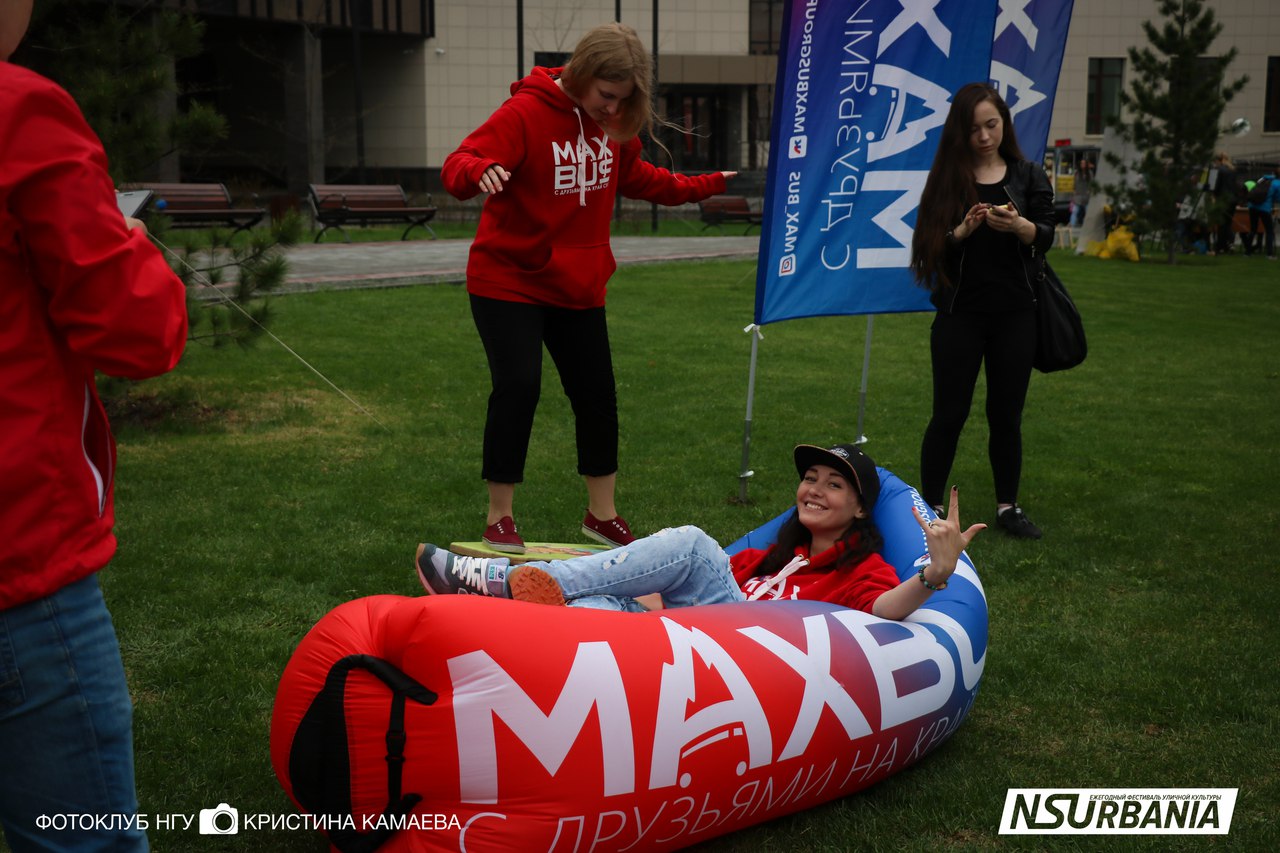 A crowd also gathered this year for street basketball or “streetball”. A dozen teams competed in a game based on the Olympic system: 3x3, the losers go to the stands, and the rest move on. In the end, the leader was the Novotek team. 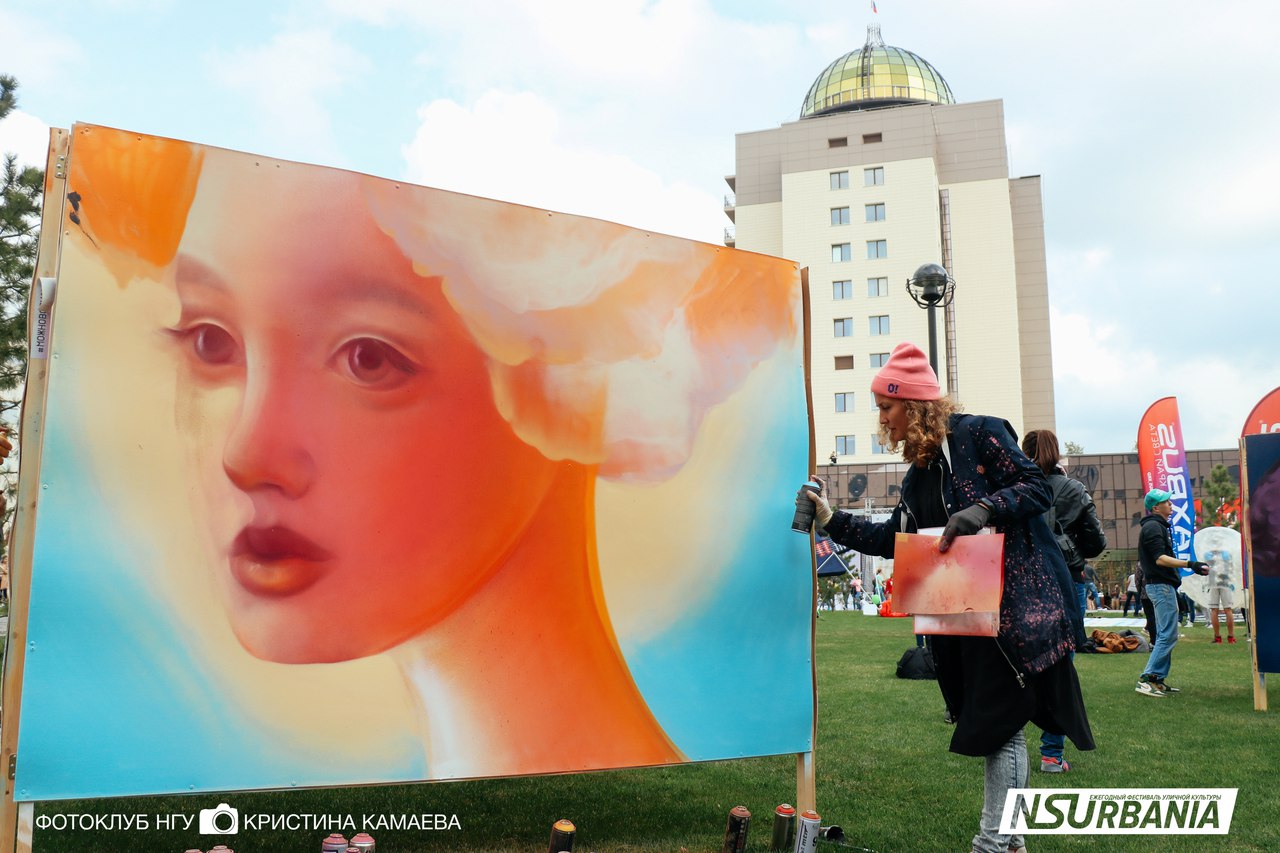 Expressing yourself creatively does not only mean dancing. "Writer" is the correct way to refer to a man with a can in his hands, says Alexei Aseev, one of the best artists in Siberia. Anyone can assume the role of a creator and join in making a collective canvas at the Beeline booth, and draw inspiration from GRAFFITI JAM, wh ere twelve artists worked all day long.

“I like to participate in University life! You can always find something new for yourself:  hobbies, information, other things you can do. For example, here there were beautiful art works, especially watercolors. I think this ia worth trying," said Ekaterina, a student at the NSU Institute of Philosophy and Law. 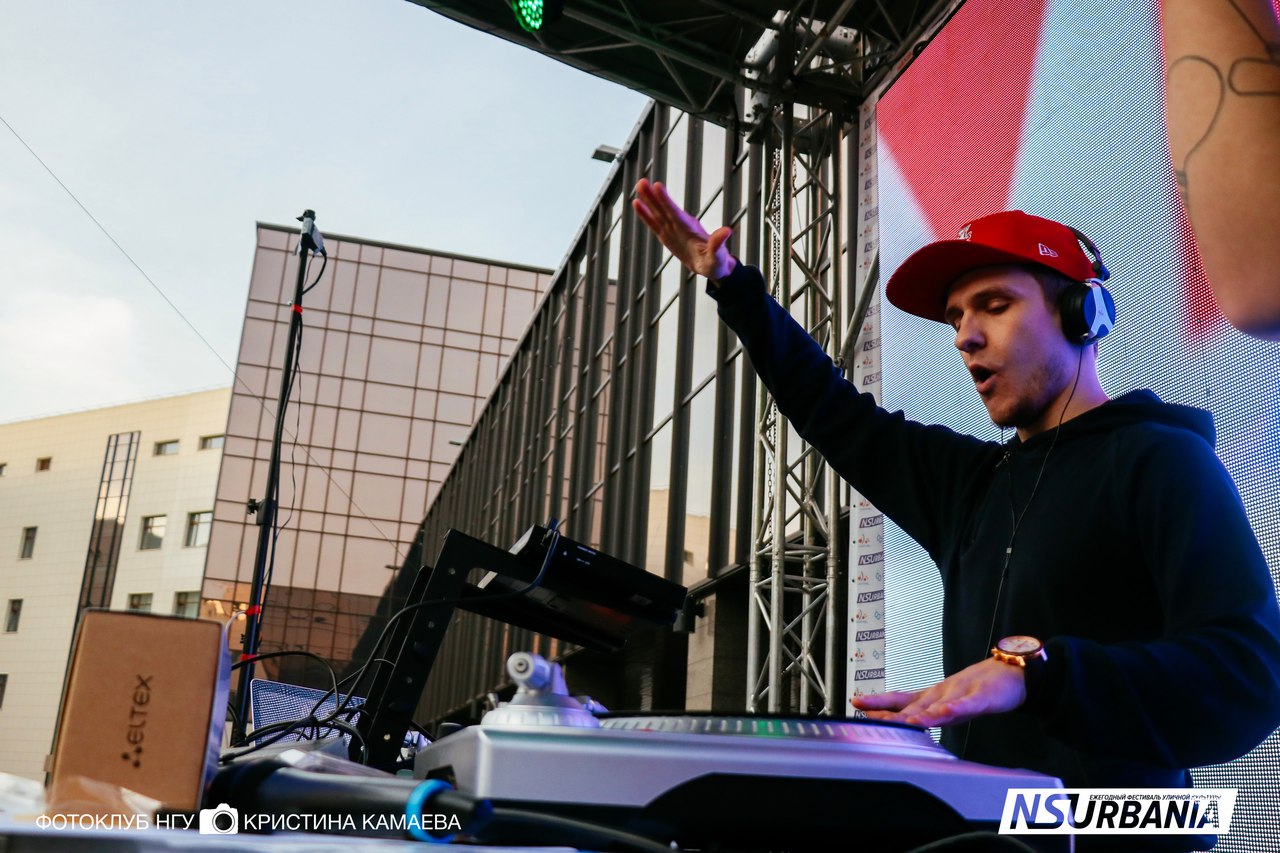 A creative master class was conducted by "Art Magic". Visitors were taught how to work with acrylic and watercolor, draw sketches and create handmade gifts. Not being well prepared did not get in the way of enjoying the process. 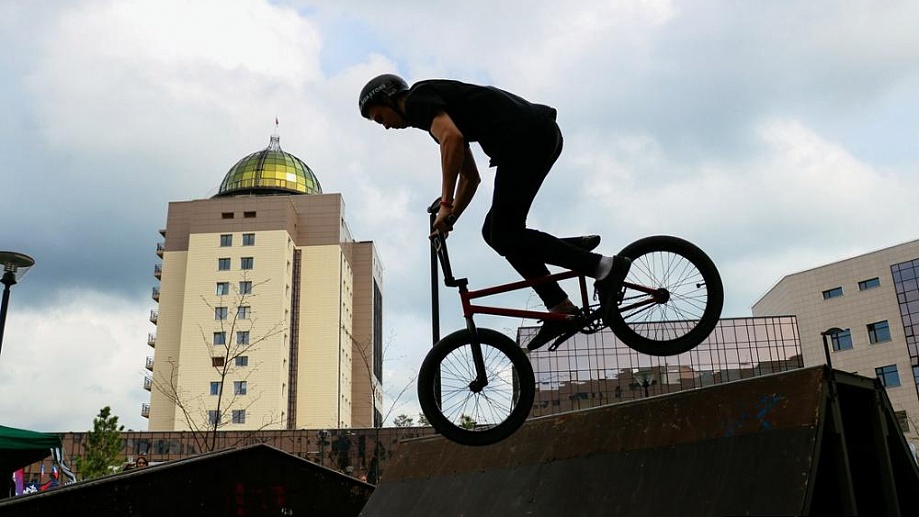 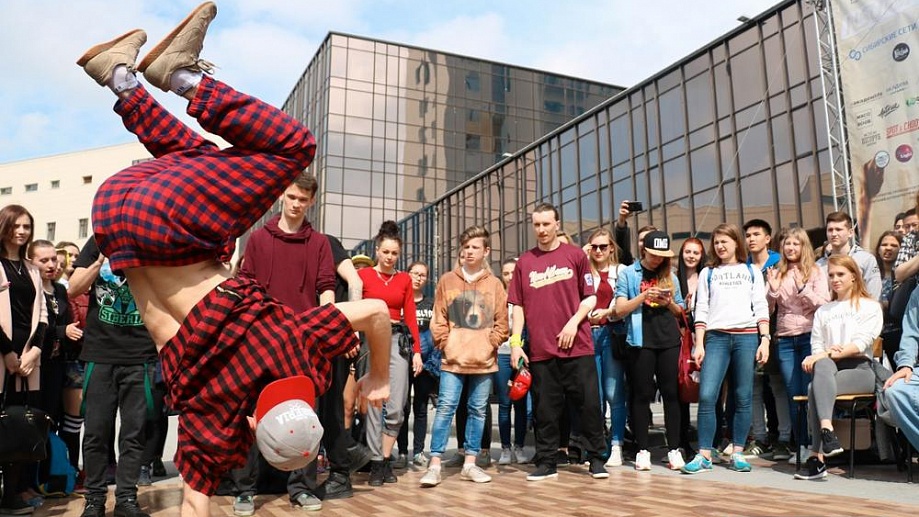