In the 1930s, Soviet physicists L. D. Landau and E. M. Livshits initiated the first theoretical work in the field of the formation of electron-positron pairs. They discovered ​​how electron-positron pairs are born if slow nuclei collide. The scientists proposed a mechanism for the production of electrons and positrons that they considered dominant. However, it turned out that there is an effect that is more important than previously predicted. It was this effect that Senior Laboratory Assistant at the Budker Institute of Nuclear Physics SB RAS (INP SB RAS) and student at the NSU Physics Department Ivan Obraztsov predicted and studied.

I analyzed the single-photon mechanism for the formation of electron-positron pairs. In the low-energy region a single-photon, bremsstrahlung, mechanism dominates the nuclei scatter while one of the nuclei emits a virtual photon that turns into a pair. The first nonzero contribution to this electric dipole radiation mechanism was calculated by the Soviet physicists E. M. Livshits and L. B. Okun in the last century. Their result is presented in all quantum electrodynamics textbooks. I studied the contribution of electric quadrupole radiation and demonstrated that this is what is dominant at low velocities of colliding nuclei.

Ivan received a medal from the Russian Academy of Sciences in July for his research. The student's supervisor, Alexander Milshtein, Doctor of Physical and Mathematical Sciences, Head of the Theoretical Department INP SB RAS, and Professor at the NSU Physics Department noted the prestigious award confirms that the young scientist is on the right path to mastering the profession of a theoretical physicist.

Ivan had to do a lot of work and self-educate to solve the task he was assigned. He is a fourth-year student at the Physics Department and the special course on quantum electrodynamics is only taught in the fifth year. Although the task at hand had a solution, the path to that solution was not obvious. It is these tasks that inspired the creativity and diligence that allowed the student to develop.

Ivan Obraztsov’s article, "Quadrupole radiation and the production of e + e-pairs in the collision of nonrelativistic nuclei", was published in the Physics Letters B journal.

This article is based on material from the INP SB RAS press service.

This balance was not only calculated, but verified by the national center. It makes Novosibirsk Region the first in Russia to have such results. 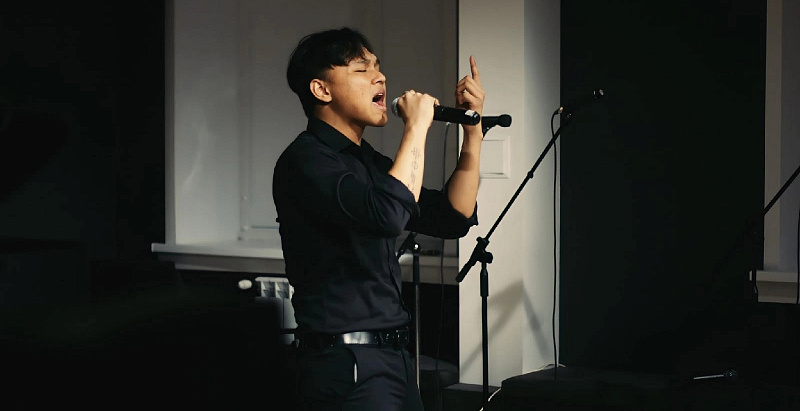 Most foreign students in Russia and at Novosibirsk State University choose to study medicine. Ray from Indonesia came to Akademgorodok to study to become a doctor. We asked him how he feels about studying medicine at NSU.

It can help to control the quality of synthesized crystals that are used in nonlinear optics. Research is published in the prestigious Physical Chemistry Chemical Physics (PCCP) journal.