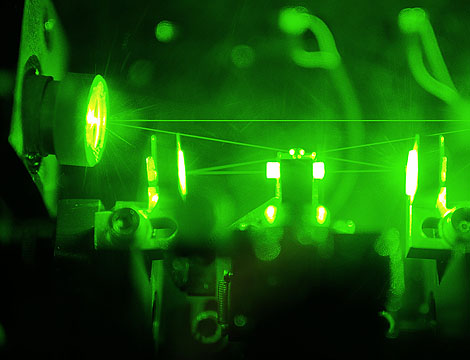 The goal of our Master’s program is to bring together knowledge in quantum technology and modern cryptography. Our Master’s program provides opportunities to perform a research project with leading Russian research teams in experimental or theoretical physics, or modern cryptography, and to learn from the lectures given by recognized experts in the field. A publication in the peer-review international scientific journals is expected after the end of the project. We believe that this is a good starting point for research career in one the most rapidly developing fields.

The students will acquire the following skills:

The main aim of the program is to form a bridge for motivated students between undergraduate and PhD study. As the result of training the graduates of the MEP acquire knowledge and skills of qualified specialists in the field of modern optics and novel technologies 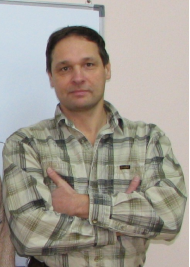 Doctor of Physics and Mathematics, Professor, Vice Head of the Chair of Quantum Optics of Physics Faculty of NSU, Head scientist researcher at the Institute of Automation and Electrometry (Siberian Branch of the Russian Academy of Sciences)

The course is aimed to provide the structured and systematic knowledge of all the main pillars of quantum optics. These are: the notion of quantum electromagnetic field and its coherence, the Glauber states, the master equation for the photon mode, the simplest quantum model of laser radiation, the remarkable JC model of atom-field interaction – the exclusive solvable model of non-relativistic quantum electrodynamics, the spectral and statistical features of the resonance fluorescence of a two-level atom and the most important properties of squeezed states with the methods of their creation and observation. Particular emphasis is given to topics which can create the frame of physical intuition and make complicated situations more conceivable. Several parallels are made to contrast quantum optical phenomena in comparison with their counterparts from classical stochastic optics. Some illustrations of the presented material go beyond the province of mere introductory concepts. For example, the decoherence of a quantum system due to its interaction with environment is studied in the case of a quantum photonic mode initially prepared in the so-called `Schrödinger’s cat`-state. 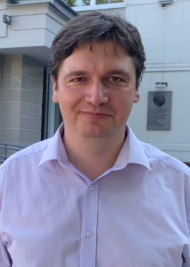 Candidate of Physics and Mathematics, Vice Head of the Chair of Quantum Electronics of Physics Faculty of NSU, Senior scientist researcher at the Rzhanov Institute of Semiconductor Physics (Siberian Branch of the Russian Academy of Sciences)

The lecture course is devoted to basic principles of quantum computers. Quantum computing is an emerging field which opens a way to a quantum revolution in information technologies. Leading IT companies including IBM, Google and Microsoft are now developing sophisticated prototypes of quantum computers. The theoretical part of the course includes theoretical description of basic quantum algorithms including quantum teleportation, quantum Fourier transform, Shor’s algorithm of factorization and quantum search algorithms. The course also includes a review of different physical platforms used for implementation of a quantum computer. The superconductors, ultracold ions, ultracold atoms, photons and many other physical systems can be considered as qubits. The experimental part of the course includes implementation of quantum algorithms using IBM Quantum Experience 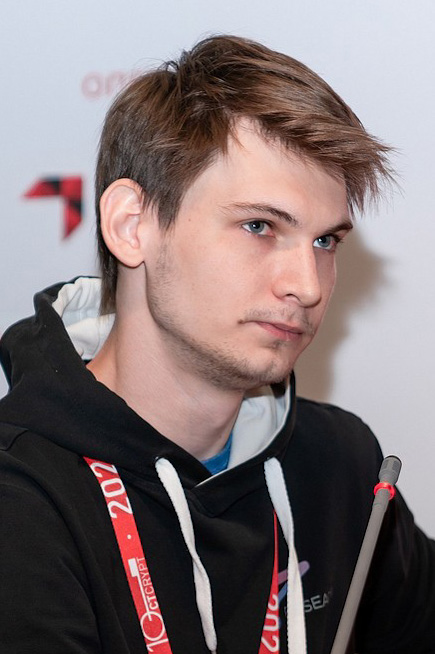 The course covers such topics of discrete mathematics as enumerative combinatorics, elements of probability theory, Boolean functions, graph theory. Students will reach a certain level of mathematical maturity becoming familiar with a wide range of mathematical objects that are ubiquitous in computer science; being able to understand relations between them and proof formal statements concerning them. 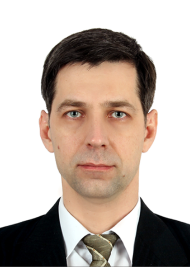 Doctor of Physics and Mathematics, Head scientist researcher at the Institute of Laser Physics (Siberian Branch of the Russian Academy of Sciences)

Laser radiation allows cooling of gases to temperatures near to absolute zero. The advances in this field have been recognized by Nobel Prize in physics in 1997 and 2001. Since then the technique of laser cooling has become a useful tool for metrological applications (including atomic clocks, atomic interferometry and gravimetry), spectroscopy and quantum information. The course is devoted to basic principles and applications of laser cooling and physics of ultracold atoms. After the end of the course the student should master the basic notions, models and methods of laser cooling; including knowledge of the basic principles of mechanical action of light on atoms, the main methods of laser cooling and space localization of atoms, the main applications of ultracold atoms, similarity and diversity of quasiclassical and purely quantum descriptions of atomic motion in resonance inhomogeneous field. 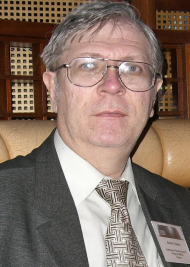 Doctor of Physics and Mathematics, Senior science researcher at Rzhanov Institute of Semiconductor Physics (Siberian Branch of the Russian Academy of Sciences)

Silicon photonics stands among the most actively developing modern technologies. It merges the benefits of integrated optics, nanophotonics and microelectronics. This lecture course provides the background in silicon photonics and includes both the fundamental aspects and the current state of research. The course will present an introduction to guided waves, optical modes, and propagation characteristics of photonic circuits in the high contrast silicon-on-insulator (SOI) structures constructed by Silicon Technology. We will study multiple passive and active devices (grating and adiabatic couplers, Mach Zehnder interferometers and ring resonators, optical modulators, filters and multiplexers, etc.). Some part of lecture is devoted to silicon nanophotonics including photonic crystals and slot waveguides. All these elements form the basis of the modern photonics technologies intended for telecommunications, sensing, microwave photonics, and multiple other applications 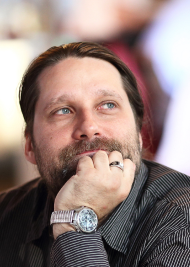 Doctor of Physics and Mathematics, Professor, Vice Head of the Chair of Quantum Optics of Physics Faculty of NSU, Head scientist researcher at the Institute of Automation and Electrometry (Siberian Branch of the Russian Academy of Sciences).

The purpose of the course is to display the wide horizon of recent advancements in quantum optics. Among the main and most prominent ones are quantum communications and quantum computations. The study of these topics is inseparable from understanding quantum foundations deeper and in a greater extent than when dealing with ordinary regions of quantum physics. For this reason, Bell inequalities, classical vs quantum (entanglement) and hypothetical `super-quantum` correlations, quantum non-locality and related topics are presented in the course in their optical versions. The course’s program includes the results on impossibility of exact quantum state copying as well as main protocols of the so-called quantum cryptography. Quantum state teleportation and its `inverted` counterpart, dense coding, are presented as the illustrations of resource nature of entanglement. 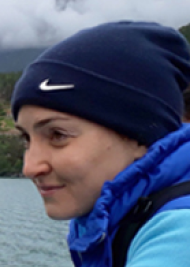 Candidate of Physics and Mathematics, Associate Professor of the Chair of Computer Systems of the Information Technologies Department of NSU, Senior researcher at Sobolev Institute of Mathematics (Siberian Branch of the Russian Academy of Sciences). 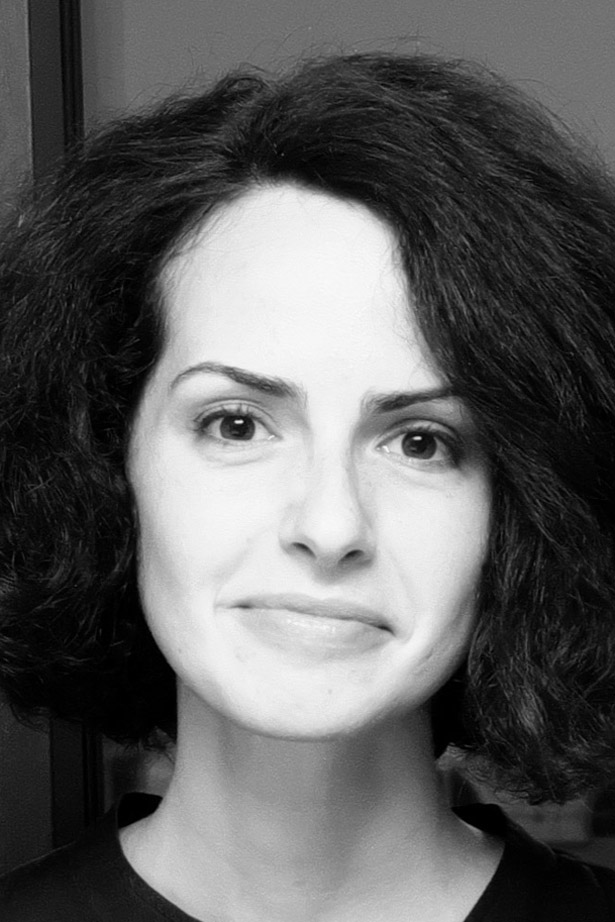 The course contains chapters devoted to basic notions and concepts in information theory and cryptography. The following topics will be discussed: elements of signal theory, error-correcting codes, data compression, brief overview of main classical results and modern methods of cryptography, introduction into cryptanalysis

Candidate of Physics and Mathematics, Vice Head of the Chair of Quantum Electronics of Physics Faculty of NSU, Senior scientist researcher at the Rzhanov Institute of Semiconductor Physics SB RAS.

Laser spectroscopy remains a very intensive field of research for more than 50 years after invention of a laser. Highly intensive and monochromatic laser radiation opened a new class of spectroscopic techniques which allowed studies of properties of atoms and molecules in great detail. The purpose of the is to explain the basic concepts of the field and to discuss the most important experimental methods. This includes the basic principles of interaction of light with atoms, mathematical description of the dynamics of two-level and three-level systems interacting with resonant laser radiation, line-shape analysis, methods of absorption and fluorescence spectroscopy, saturation spectroscopy, polarization and multi-laser spectroscopy and spectroscopy of Rydberg atoms and molecules 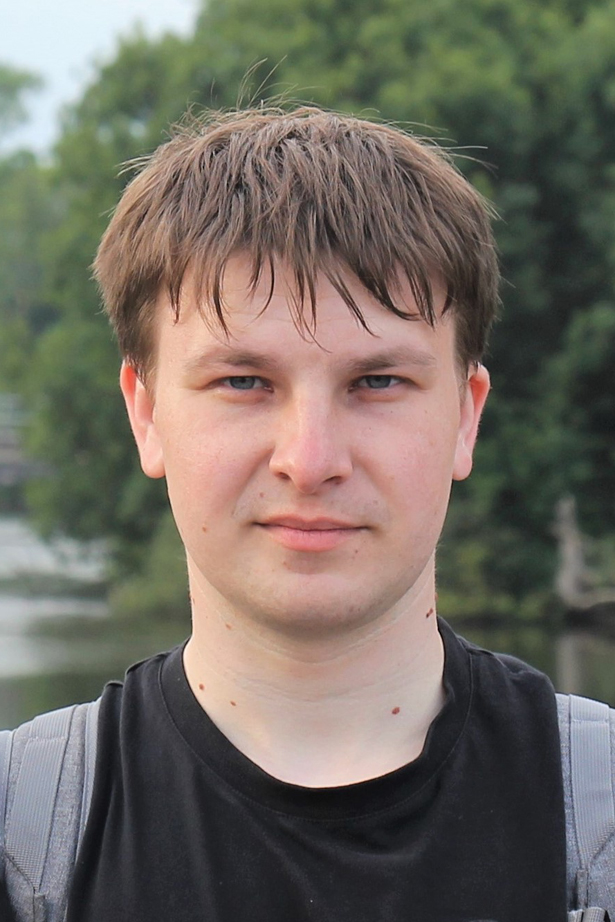 Assistant Professor of the Chair of Computer Systems of the Information Technologies Department of NSU.

This course is devoted to a huge branch of cryptography and contains such chapters as evolution from one-time pad systems to modern encryption methods, general constructions of block and stream ciphers, well-known examples of ciphers, symmetric primitives implementing the principle of confusion and diffusion, key management, open problems and perspectives. This course provides also deep knowledge on the attacks on block and stream ciphers. Starting with basic ideas as birthday paradox, brute force and meet-in-the-middle attacks, we come to statistical and algebraic methods of cryptanalysis, distinguishing attacks. Side-channel attacks as well as other modern techniques and results in cryptanalysis will be also considered. Brief overview of main results and techniques in asymmetric cryptography is also provided. 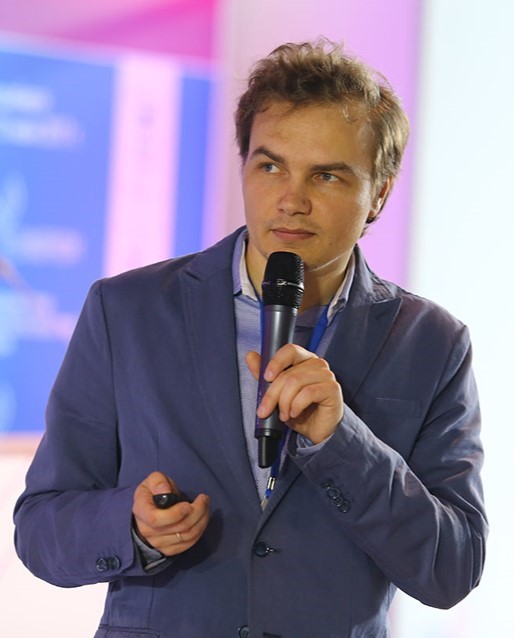 Candidate of Physics and Mathematics, Associate Professor of the Chair of Quantum Electronics of Physics Faculty of NSU, head of laboratory at NSU. 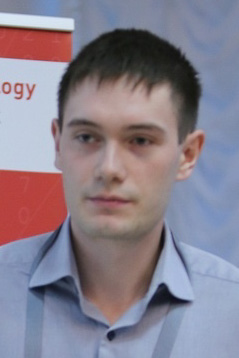 This course is devoted to the study of the development and usage of quantum technology in the area of cryptography. The course contains an introduction to the mathematical aspects of quantum informatics: pure and mixed quantum states, composite quantum systems, quantum measurements. Quantum computation model, Shor’s and Grover’s algorithms as well as quantum attacks on symmetric cryptography primitives will be studied. Quantum key distribution protocols (BB84, B92, etc.) and attacks on them will be considered. The course also covers principal directions of post-quantum cryptography such as lattice-based and code-based cryptosystems 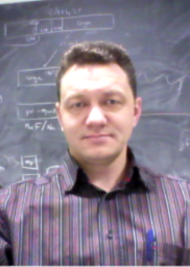 This lecture course gives an overview of the solid state physics basic questions of low dimensionality and the research in the field of nanoscience and technology. It starts with review of the classical laws related to energy transport processes, and introduces microscopic pictures of energy carriers. The evolution of electronic structure and properties from an atom to a molecule and to a crystal is consistently considered. Some aspects of chemical bonds formation and its relation to the electronic properties and the features of the synthesized nanosystems will be given. In particular, the atomic and electronic structure of graphene and graphene-like systems, ultrathin metallic layers and topological insulators are discussed that deal with certain important and current developments in nanoscience, from both a scientific as well as technological point of view in which the main focus is on spin-dependent aspects. The recent advances in modern methods like spin-resolved scanning tunneling spectroscopy (SR STM), photoemission spectroscopy with angular and spin resolution (SR ARPES) and various optical methods will be considered.

Candidate of Physics and Mathematics, Vice Head of the Chair of Quantum Electronics of Physics Faculty of NSU, Senior scientist researcher at the Rzhanov Institute of Semiconductor Physics SB RAS.

Course: History of Science and Technology

Quota of the Government of the Russian Federation

The graduates of the MEP can choose the following kinds of activity: postgraduate study in NRU NSU and research institutes of Siberian Branch of RAS (in particular, in IA&E SB RAS, ILP SB RAS, ISP SB RAS); teaching in higher education institutions: work in research divisions in industry and firms; business and advisory activity.